Multisensor Systems is a developer and supplier of Environmental, Water and Air Monitoring instruments based in the United Kingdom. Our products are designed and built to the highest quality standards and are used to:

Our instruments provide a very high level of sensitivity and also the facility for on-line reporting, which optimizes your response time to pollution events or accidental spillages. The low maintenance and calibration requirements minimize the ongoing cost of ownership.

Our technology is based around the use of industry leading sensor products, innovative signal processing techniques and the understanding and implementation of our customer’s needs.

Our success depends on customer service, whether that is in quality of our systems, the advice and assistance we provide to our customers in product choice and application, or the onsite training provided to ensure the full benefit of the instruments are realized.

To find out more about our VOC Monitor, Oil in Water Monitor, Ammonia Monitor and THM Monitor, please Contact Us

Multisensor Systems started life in the University of Manchester. The company was the brainchild of Professor Krishna Persaud, an acknowledged authority in electronic noses.

The original development was for an instrument to detect heavy organic loads in waste water, allowing treatment works to respond to the loading with changes in dosing or storage of waste until it could be processed.

This was followed by an instrument to detect very low concentrations of Volatile Organic Compounds (VOCs) in clean water to protect drinking water treatment plants. This instrument became the MS1000 and has been supplied to many customers.

2007 - The success of the MS1000 caused the University of Manchester Intellectual Property (UMIP) Company to inject seed funding and establish Multisensor Systems Ltd as an entity.

2009 - With sales increasing there then became the need for full time management and support staff and so the company sought funding to take it to the next stage of development.

2010 - Funding was obtained in March and the first staff employed. At the end of August 2010, the company moved from the University campus to Cheadle, south of Manchester.

2011 - A new upgraded version of the VOC instrument was released as the MS1100 VOC Pollution Event Analyzer, featuring a smaller footprint and updated software.

2012 - This was an exciting year for Multisensor with the launch of the MS2000 THM Monitor and the MS1200 online VOC Monitor . International sales increased, with sales channels opening up into Asia.

2013 - Further new distributors were appointed in Canada and the USA and, due to customer demand, an ATEX approved monitor for use in environments with an explosive atmosphere was developed and produced - The MS1100-ATEX.

The current focus for Multisensor systems is in developing new products, widening the application base for its existing products and expanding the geographical markets supplied. 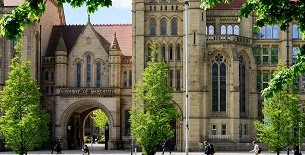 Paul’s successful background in developing technology companies brings valuable business experience to Multisensor. This experience in the sales, marketing and financial areas will help us build the value of Multisensor to all of our stakeholders.

Brad Weaterton brings to Multisensor extensive international business and management success, gained in the semiconductor industry with Texas Instruments, Mitel and more recently with Phyworks Ltd. This, combined with commercial and technical experience in global water instrumentation markets, provides the platform for the technology Multisensor’s customers are looking for. He holds a degree in Electronic Engineering from the University of Birmingham and an MBA from the University of Aston.

Professor Persaud is a full time member of staff at the University of Manchester and is both a board member of Multisensor and our technical consultant. He is a recognised authority in “electronic nose” technology, having been a founder of Aromascan, a company which was subsequently purchased by Osmetech. Professor Persaud developed the original Multisensor VOC analyser and is closely involved with new leading edge developments and with our customers.

Gabriele Ostuni’s work in the European water instrumentation industry has enabled him to develop a wide range of capabilities which support Multisensor’s international business.

His knowledge and experience in supporting customers and distribution partners in the European Water and Waste Water markets will provide a gateway to make the most out of your work with Multisensor Systems.

Sharing experiences, ideas and case studies he will help you to tackle your water analysis issues be it VOC gas, Oil in Water, Ammonia or THM in your drinking water, please Contact Us

For any enquiry please get in touch with us info@multisensorsystems.com